Actually, this wasn’t all that simple, as the wave was difficult to locate at first, and seemed to come in pulses. When I was nearly at 10,000, the level at which the Blanik had earlier broken off, I asked them at the hangar to get clearance to 12, although I didn’t really think it would go that high. Shows how wrong you can be.

They got 15, and in due course I had over 14; enough, according to the calculator, to get to Bellarena even allowing extra height to cross the Sperrins, which would stick up through the glide slope. An interesting thought, as we had been talking earlier of an attempt in thermals.

From this height it was frankly hard to ‘visualise’ the wave, try as I might ! There were no tell-tale signs in the haze and the ground was hard to see at all. What could be seen of the ground was largely obscured by the cockpit floor so I kept losing the wave for lack of orientation. However, I always found more lift after a search.

Even assuming heavy sink and possible cloud cover, Bellarena seemed a near certainty now, and bearing in mind my lack of a certain life-giving fluid, preferable to climbing higher in situ. A brief consultation with Dan and I asked Dublin if they would permit me to leave the wave area at this height. After calling Scottish FIR and asking that I should stay on 128.0 they agreed, confirming that they had me on radar and could help with navigation if necessary, and allowing me to fly due north within the CTA.

The visibility improved a little going down sun, and navigation wasn’t the problem I had feared, a line of ragged cumulus gradually converging with my left tip all the way to Cookstown. I flew downwind through a series of lee-waves all the way up the country, chasing the speed ring between 40 and 90 kts, but never once turning. At first the height seemed to burn off far too rapidly, but when Navan passed below after about twenty minutes with a little over 13,000 feet left, I could see that my ground speed was more than matching it. (“What type of glider is that, 17 ?”). The same again and it was Castleblaney (back to 130.4 here), and after about an hour, Cookstown.

Bellarena came up after 89 minutes and with 5000 feet in hand (more than enough to get to Islay, 40 NM away over the North Channel: glad I didn’t think of that at the time). Ground speed 82 kts , achieved glide angle 67:1, and if the tailwind component was roughly as forecast, mean glide about 55:1. Which means that in still air and at the correct (much slower) speed, that 60:1 figure could just be right.

No wonder I enjoyed the flight so much. 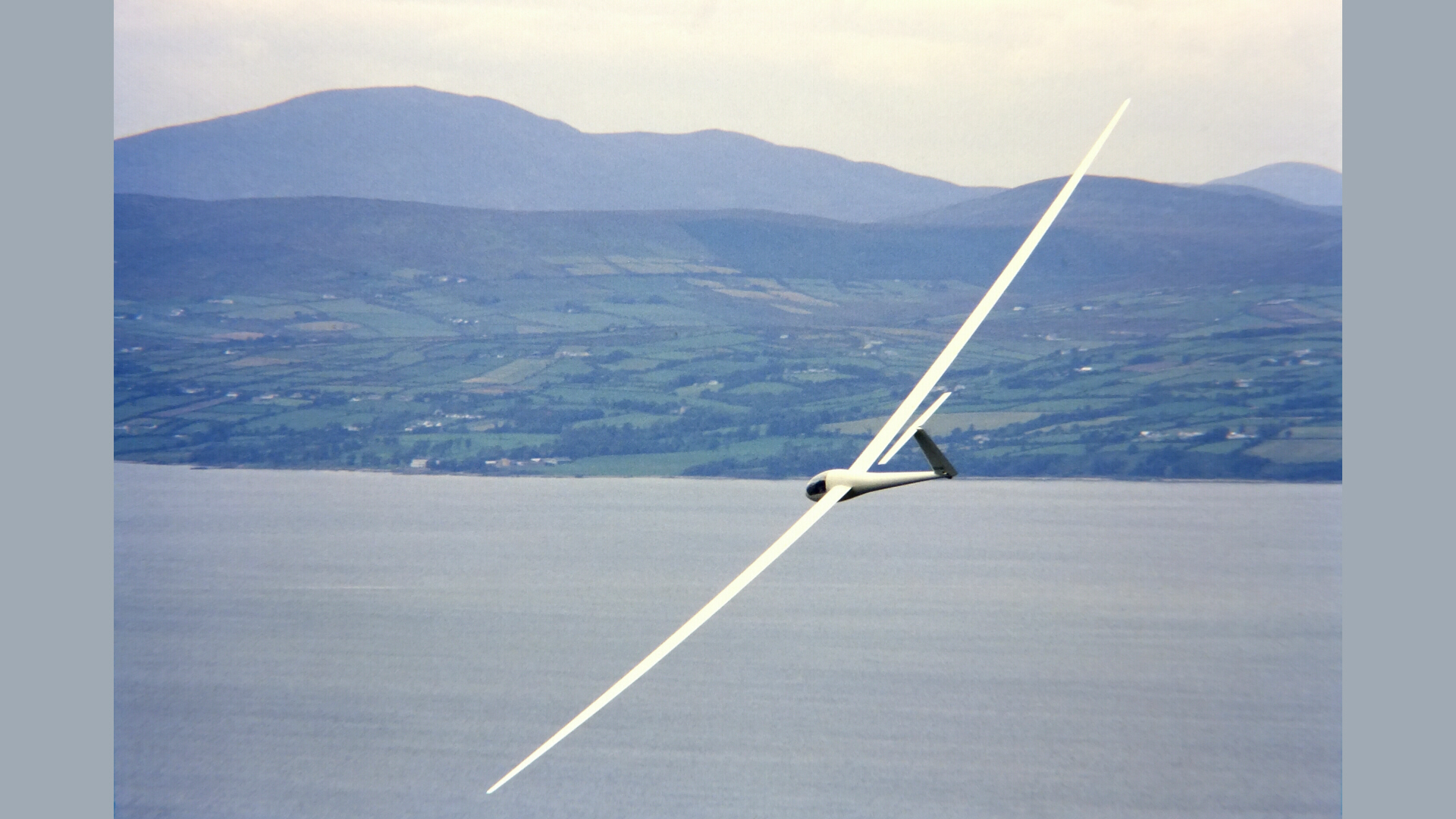 Alan in his Nimbus 3 over Bellarena.