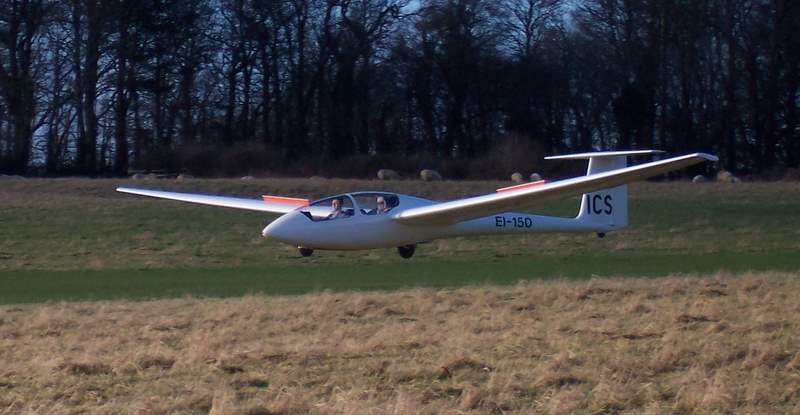 The IGSA manages the Airworthiness of gliders in conjunction with the IAA. Since 28th March 2007 all Irish Gliders were registered with the IAA.

From 28th September 2009 all Gliders will be subject to the EASA Part-M Maintenance.

The IGSA sets the syllabus and standards for Glider Pilot training. When pilots pass the IGSA exams and flight tests, they are awarded a Bronze Certificate (similar to a PPL for power flying). It also sets the medical requirements for Pilots and Instructors. More information in the Pilot Licensing section.

In the future a European Glider Pilots Licence – Light Aircraft Pilots Licence – Sailplanes (LAPL(S)) or Sailplane Pilots Licence (SPL) will be in place. When this happens, all glider pilots, other than students, will have to have a Licence. The legislation enabling the Essential Requirements (ER) has been passed by the European Parliament and Council of Ministers but the Implementing Rules (IR) are still being developed. A Commor Response Document has recently been published by EASA on Licencing. The ERs call for implemention to commenc
e in 2012 with a three year transition period

The IGSA sets the syllabus for Instructor training and grants Instructor ratings and renewals. Again these will change when the new EASA Licences are issed.

Each year the IGSA runs the Irish Gliding National Championships. Pilots also represent Ireland at European and World Championships and also compete in other competitions mostly in the UK and Spain. A National Ladder is also run annually, based on the OLC.

The IGSA is working closely with the IAA particularly with regard to Airworthiness issues. In the near future other areas such as Operations and Licensing will come to the fore.